Rhonda’s FooteWorks will soon be entering its 30th season of dance education and outreach in Northern New York. In recognition of the dance studio’s special anniversary, Director Rhonda Foote is proud to announce the selection of the studio’s first inductee into the Alumni Hall of Fame.
Laura Smith is a native of Watertown and a graduate of Immaculate Heart Central School.  Miss Smith was excited to learn of the honor bestowed upon her and said, “I am always thrilled to come back to my hometown of Watertown and to Rhonda's where my love of dance and theatre began.”

Laura is a BFA graduate of Marymount Manhattan College and has been working in professional musical theatre for over 10 years. Favorite credits include: A Chorus Line(Cassie), A Chorus Line(Val), Honky Tonk Angels!(Sue Ellen), The Wedding Singer(Donatella) and West Side Story(Velma).  She has toured the United States and Asia with the National Tour of Shrek the Musical as the Swing and Dance Captain. Currently she is the Assistant Choreographer for a new International Tour of Shrek the Musical, which opens this January in Istanbul, Turkey.  Laura adds that she is so thankful for her early training with Rhonda Foote and the opportunity to continue to work in the arts.

Miss Smith was presented with a certificate of recognition on December 23rd, 2015
​
Rhonda's FooteWorks has a rich past.  Our Alumni have graced stages on Broadway; at Disney World; in major dance companies and have studied at elite colleges.

Rhonda’s FooteWorks announces its 2020
Alumni of the year, Shannon Zaykoski.
Shannon grew up dancing as a member of the studio’s award winning Outreach Company. After college, she was a faculty member, choreographer and workshop Instructor. In 2017, Shannon danced the role of the Stepmother in the studio’s debut ballet production of Cinderella. Her continued dedication to the studio is appreciated and recognized.
Shannon Zaykoski is a music teacher in the South Jefferson Central School District. She earned her B.M in Music Education from The Crane School of Music at SUNY Potsdam and her M.M in Music Education from Boston University. Shannon’s education and experience has provided the opportunities of conducting the pit orchestra for her school’s annual musical and choreographing the Middle School Drama Club performances. She currently directs the choir at Our Lady of the Sacred Heart Church in Watertown, NY.

Shannon regularly performs professionally on horn with The Orchestra of Northern New York and is a member of their Watertown Advisory Board. She has also performed with Northern Choral Society, Northern Symphonic Winds, Clayton Community Band, and Watertown Lyric Theater. 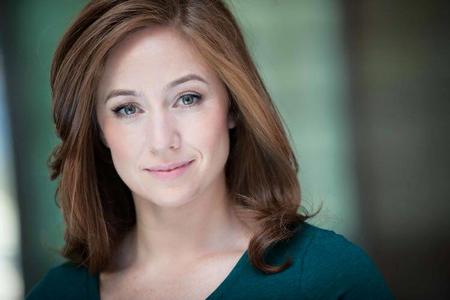 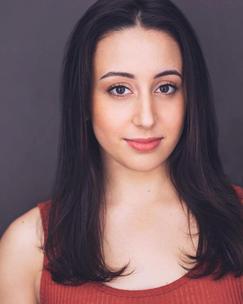 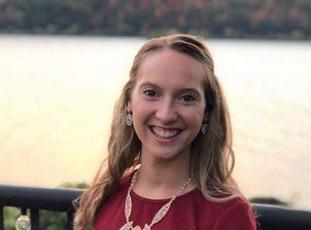 Courtney has co-directed the Carthage Dance Company for 6 years, and has choreographed many musicals for the Carthage school district.

She is married to Jon and Mom to sons Aaron Joshua (3.5 years) and Jace Andrew (18 months). They reside in Adams Center, NY and are an active and happy family who participates in marathons, community events, and part of a wonderful family.

My first memory of Courtney is as a quiet 6-year-old wielding a hoola hoop in “Circle of Life”. When she took her first solo, the real Courtney became apparent. She was a tiny might combining physicality, artistry, and intelligence. She always had her notebook in hand and asked copious questions. Everything that she wrote in her notebook was addressed, perfected, and fixed at her next rehearsal or class. Courtney was always a pop of color and her fantastic personality was always evident. You never knew when she would arrive at the studio wearing a 1970’s yellow nursing uniform or be in full-fledged Spanish flamingo costume. She was an Anne of Green Gables fanatic, a musical theater buff, and could pull of the most dramatic lyrical piece or the most outrageous character dance within moments of each other. A chameleon, a perfectionist, a spark of light with a heart of gold- that’s my Courtney.

This heart of gold can be seen in all she continues to do. Most recently, she was very involved in a local Make A Wish event for a little girl. Courtney’s love and commitment to do her best for those in need is an example of what our Outreach Company continues to represent: Use Your Talents To Help Those In Need In The Communities We Live In. She lives our motto: Dance for others; Dance for self; Dance for life as she dances through life and shares her goodness, her talent and her love with all those she meets and teaches.

It is with great pride and honor that I present our Outstanding Alumni of 2017, Courtney Belloff-Barker. 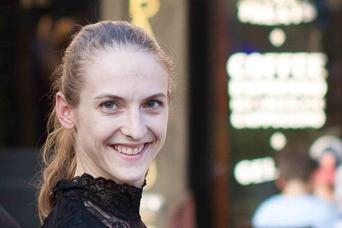 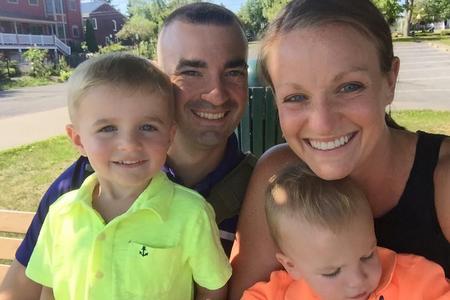 Kierstyn Zaykoski is Product Director for the New York Institute of Dance & Education, the New York Dance Festival, Reaching for Higher Ground Consulting, and part of the Executive Implementation team for the Global Dance Initiative. Kierstyn is Executive Team and Principal Company Member of the Kaleidoscope Dance Theatre/Sean McLeod Dance Experience. She works as a Certified Personality for the American Master Class Tour and is on the Executive Steering Committee for IGNITE - Young Professionals. She is well versed in graphic and video design, as well as marketing and advertising and leads the NYIDE Media Production division for NYIDE's Global and National footprint. Kierstyn is a McLeod Technique and Reinforced Motor Function ® Certified Teacher and collegially a graduate of State University of New York at Potsdam with a degree in Early Childhood/Childhood Education and minor in Dance. Kierstyn Zaykoski studied and worked for Rhonda Foote for more than 2 decades, and continues to offer Master Classes and workshops around Upstate, New York.
Kierstyn has also performed on many stages including the American Collegiate Dance Festival in Georgia and New Hampshire, and tours with the Kaleidoscope Dance Theatre/Sean McLeod Dance Experience to Barbados, Italy, Toronto, and Germany. Kierstyn has focused much of her career and life to performance, learning, and education and is committed to sharing with others while on that journey.

Rhonda's FooteWorks announces the 2019 Alumni of the Year- Maria Bufalini. Maria graduated from Syracuse University’s BFA musical theater program in 2017, and has since been pursuing acting in New York City. Last year she kicked off her professional career by touring the country with Theaterworks USA as Junie in “Junie B. Jones,” allowing her to join the Actor’s Equity Union. She has also played original music at a number of well known music venues in the city promoting her album “Void.” Next up, Maria will be performing in “Aladdin” on the Disney Cruise Line, among other shows on the ship, until September of 2019. She is grateful for everything Rhonda’s Footeworks has instilled in her, not only as an artist but as a human being. 💜 A special presentation will be made at the studio in December. We are so proud of you, Maria!